Life-Saving Pets That Deserve a Trip to the Pet Store 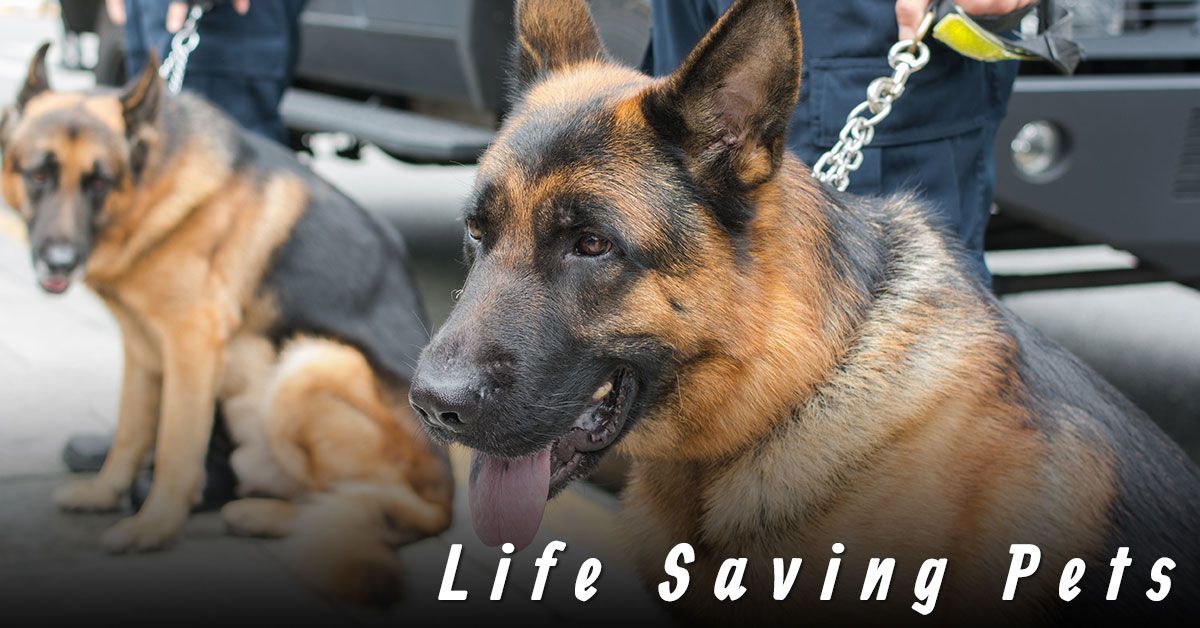 Since practically the dawn of time, animals and humans have coexisted in some fabulously symbiotic ways. In fact, National Geographic reports that many scientists believe dogs were the earliest domesticated animal, a process that took place between 20,000 and 15,000 years ago! After that point, animal domestication has evolved for so many species and for so many purposes. Livestock were domesticated for food, horses for transportation—even cats were brought aboard ships to rid the confines of disease-infested rats.

Canines are frequently brought into military and wartime situations, due to their superhuman senses. With an ability to smell that is at least 10,000 times more acute than that of humans, the possibilities are practically endless. That might seem hard to put into context, but as mentioned in an article by PBS, one director said, “‘If you make the analogy to vision, what you and I can see at a third of a mile, a dog could see more than 3,000 miles away and still see as well.’” The article went on to report, “Another dog scientist likened their ability to catching a whiff of one rotten apple in two million barrels.”

With olfactory nerves of incredible proportions, dogs have been used frequently in situations of human rescue, and more recently as sniffing bombs or landmines. Here are just a few dogs who, over the course of history, have saved human lives in times of war:

Our flying, feathered friends might seem fairly docile, but many instances throughout history have shown that messing with a bird and their humans is a bad idea. Like so many other pets, birds show just as much potential for having your back. The intellect of birds was something that only more recently began to be researched, but many birds have been revered as intelligent for centuries.

Crows, for example, are thought by many scientists to actually be about as intelligent as chimpanzees. This might be relatively shocking to some, considering that chimpanzees are considered our closest animal relatives. Crows are one of many species of bird who can even create and use tools! While having a crow as a pet might be a bit on the rare side, their abilities speak to the potential of birds—as well as how much we are still learning about them. Here are some birds who have looked out for their owners:

When one thinks of an animal that is going to serve as a protector, a cat is probably one of the last pets to come to mind. Cats are content and snuggly at best, but are often known for their seemingly overwhelming amount of apathy towards humans in general. Felines are incredibly smart, and can be very caring, but there’s a reason we have colloquialisms such as “cat nap.” These cats, however, proved that generalizations don’t always hold up.

Pets bring us so much joy in our lives, they provide so much comfort and happiness, that sometimes we forget that we can do the same thing for them. If your dog, cat, or even pet bird hasn’t had a chance to showcase their bravery yet, they would still love a trip to Royal Pets Market & Resort. From pet grooming to pet boarding, a veterinary clinic and more, Royal Pets Market & Resort has everything your animal needs. Stop by one of our Florida locations today!